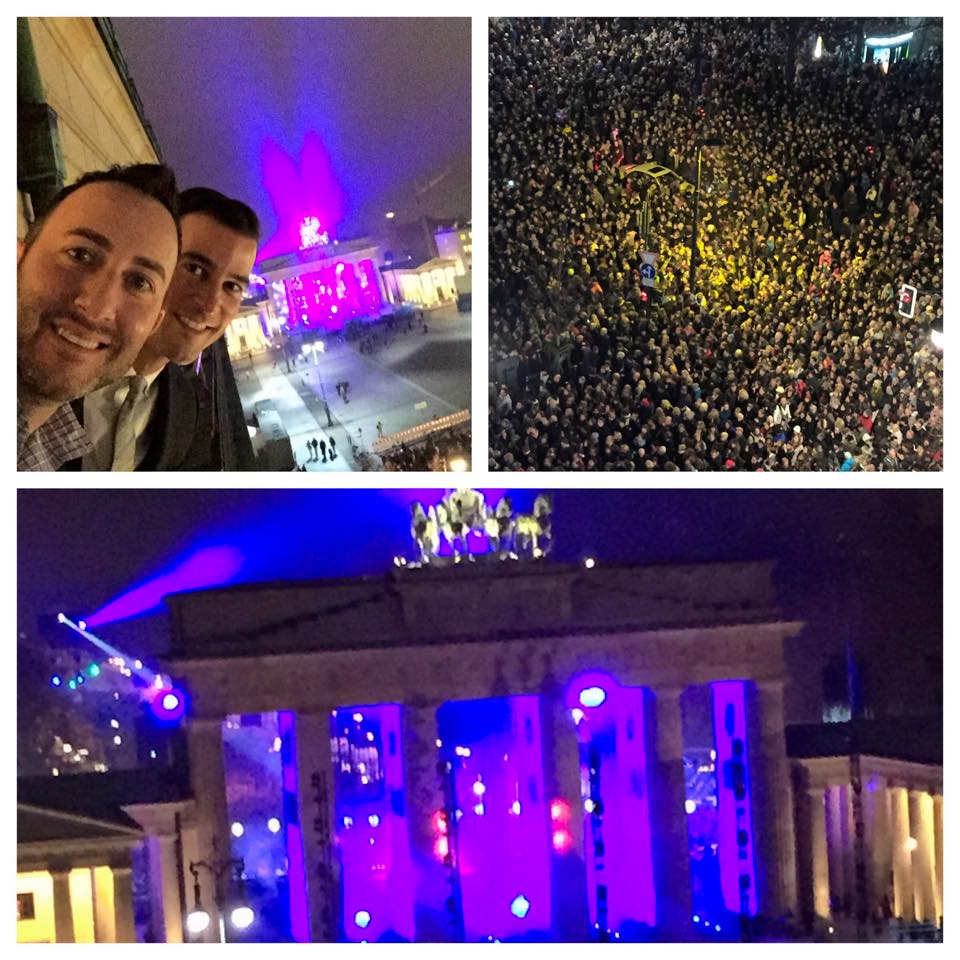 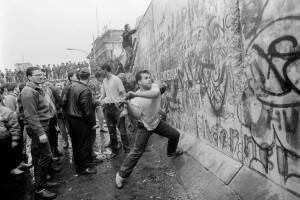 It is incredible to think that twenty-five years ago today, the Berlin Wall came down. The Berlin Wall was a barrier that divided the city of Berlin from 1961 to 1989, and completely cut off West Berlin from East Berlin, and from the surrounding East Germany, until it was opened in November 1989. In addition to the concrete wall itself, there were heavily militarized guard towers placed along the walls, with a number of “checkpoints” that visitors and emigrants would have to go through to move from one side to the other. 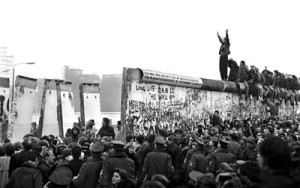 The Eastern Bloc (The Soviet Union, Poland, Czechoslovakia, Hungry, Romania, Bulgaria, and Yugoslavia), which controlled East Germany, claimed that the wall was erected to protect its people from “fascist elements.” In effect, the Wall prevented the free flow of people and trade between the two halves of Germany, leading to a country divided, and a very different style of life on either side of the barrier.

In a speech at the Brandenburg Gate in 1987, United States President Ronald Reagan, challenged Mikhail Gorbachev, then the General Secretary of the Communist Party of the Soviet Union, to tear down the wall as a symbol of increasing freedom in the Eastern Bloc:

“We welcome change and openness; for we believe that freedom and security go together, that the advance of human liberty can only strengthen the cause of world peace. There is one sign the Soviets can make that would be unmistakable, that would advance dramatically the cause of freedom and peace. General Secretary Gorbachev, if you seek peace, if you seek prosperity for the Soviet Union and Eastern Europe, if you seek liberalization, come here to this gate. Mr. Gorbachev, open this gate. Mr. Gorbachev, tear down this wall! “[1] 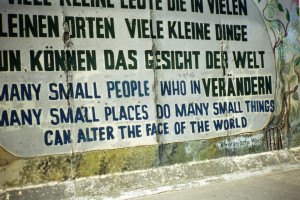 It was only two years later that the first wall portions were removed. And now, twenty-five years later, we were honored to get a chance to be in Germany for this historical anniversary. 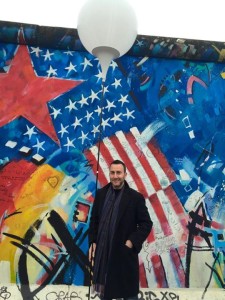 We visited the East Side Gallery. This 1.3 km-long section of the Berlin Wall is still up today, as an international memorial for freedom. The actual border at this point was the river Spree. The gallery is located on the “hinterland mauer,” which closed the border to East Berlin.

We had the pleasure to be guests at the Hotel Adlon, located in the very heart of Berlin, right next to the famous landmark Brandenburg Gate. This luxurious hotel treated us to the best in service, dining, and décor. The location was perfect for a bird’s-eye view of the gate and the crowds gathered below to celebrate.

From our vantage point, we were treated to a spectacular fireworks display. 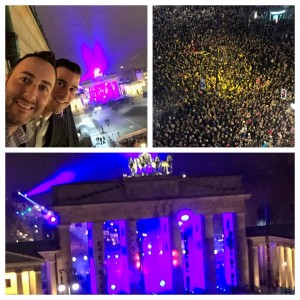 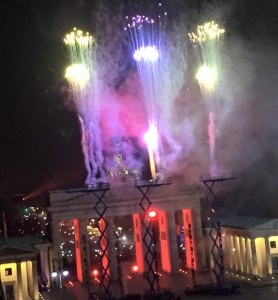 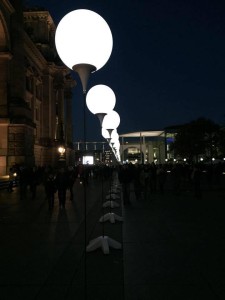 Thank you so much to Kevin Seiwert, Director of Sales and Marketing, for a wonderful weekend at your beautiful hotel. It was truly remarkable to be a part of history. See you again soon, Berlin!

To experience some of the history of Berlin yourself, please contact The Accomplished Traveler at 212.586.2020.