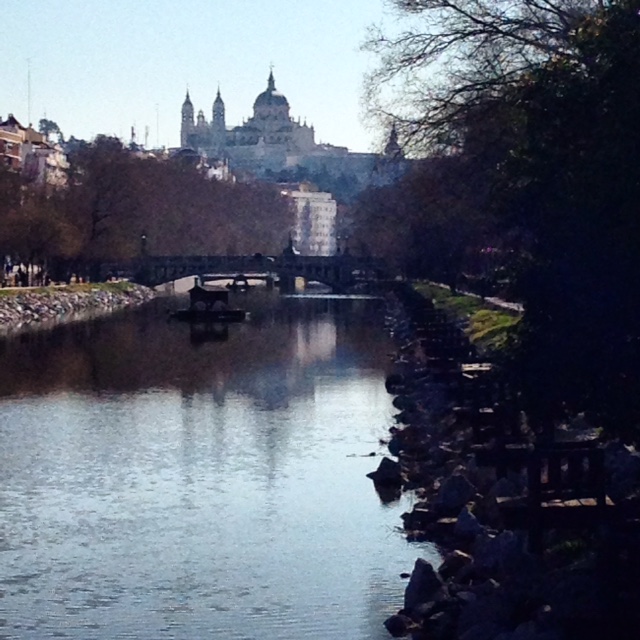 Seven days in Spain and we still left wanting more

If we had to pick just one theme to sum up our most recent sojourn in Spain, it would be the poignant mingling of the old and the new. We saw it in the cuisine, the architecture, even in the exquisite hotels and beach clubs.

We began our seven-day journey at the historic Hotel Ritz Madrid, one of the first properties established under the famed Ritz brand name. It was built to entertain dignitaries when they came to visit the king or queen, and it’s maintained much of its character and charm. The décor whispers “classic luxury.” 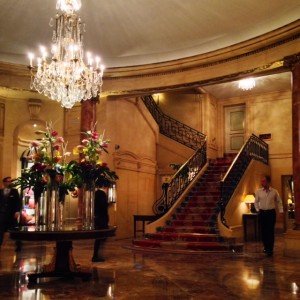 From there we took a guided tour of the city’s highlights, including the Prado Museum (Museo Nacional del Prado), where we saw the works of two of Spain’s great artists, Velázquez and Goya. Our tour guide gave what I likened to the “Real Housewives” version of an art history lesson. Nearly every painting has a story, and he interweaved facts with juicy tidbits of adultery, betrayal and forbidden love. Turns out these noblemen and women were no different than the celebrities we follow today—awash with grit, gossip and intrigue. 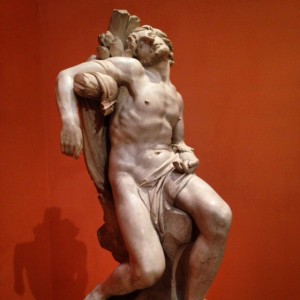 That evening, the Hotel Ritz hosted a private dinner catered by its Goya restaurant. We dined on succulent pig that had been cooked for 24 hours. The meat was both sweet and savory, and so tender you could carve it with the side of a plate. To poke a bit of fun at its formal reputation, the restaurant hired an actor to pose as a waiter. We watched in shock as he sampled food from our plates, adjusted our chairs, snatched silverware from our hands and basically discarded every rule of etiquette. This intrusion stuck out amidst otherwise flawless service, and we were both relieved and amused to discover that this was staged—and a sign that the Ritz, while undeniably formal and elegant, still has a sense of humor. 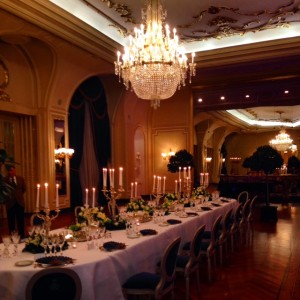 We ended the night with DaliTinis in the hotel’s Velasquez bar, where Dali reportedly tasted his first cocktail, in 1926.

We toured the Thyssen Bornemisza Museum’s striking assortment of paintings, Madam Thyssen’s private collection. Her taste is eccentric and fascinating, and it was interesting to think about what her choices reveal about her psyche. We also toured Madrid with a professional photographer who took us places where we could see city landmarks from unique perspectives. The highlight was the Temple of Debod, an ancient Egyptian temple. (Its “sister” structure, the Temple of Dendur, is on display at the MET in New York.)

For lunch we had pigeon – a first for many of us. The dish is rich in tradition and tasted a bit like chicken. I appreciated the nod to history, but I most likely won’t be ordering it again. Dinner was more modern – a meal at Hotel Villa Magna, which buzzed with contemporary luxury. It was sexy and fun, and the wine-pairing was exquisite. 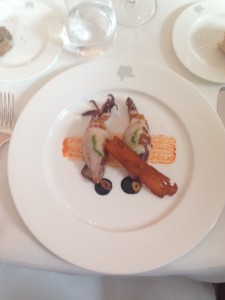 We took a high-speed train to Cordoba, where we checked into Hotel Hospes Palacio del Bailion. Roman ruins still lie beneath the hotel, and the frescos on the wall encapsulate Spain. We had a warm, easy luncheon that, to me, perfectly summarized the country’s hospitable nature. 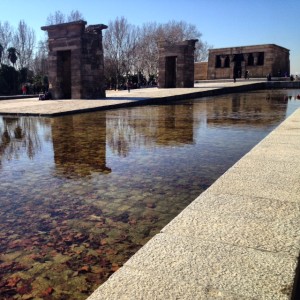 Our tour of Cordoba included a stop at the historical Jewish quarter and the Cathedral-Mosque, which is steeped in complex history, as its affiliations changed depending upon which religious group was occupying the city. It has beautiful granite detailing and stunning gardens filled with bitter orange trees. The warm, zesty aroma is unforgettable. 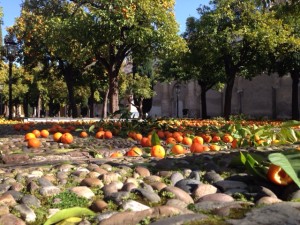 We traveled to the stunning Hotel Alfonso XIII in Seville, which reflects Andalusian, Castilian and Moorish styles. The owners spent millions on its renovation in 2012, successfully preserving its historic heritage while infusing modern touches. The property’s heartbeat is its courtyard, which features dining, drinks and live music.

To read more about our journey, check out Viva España, Part 2.

Ready for your own luxurious and historic tour of Spain? Let us plan it for you. Call The Accomplished Traveler today at 212.586.2020