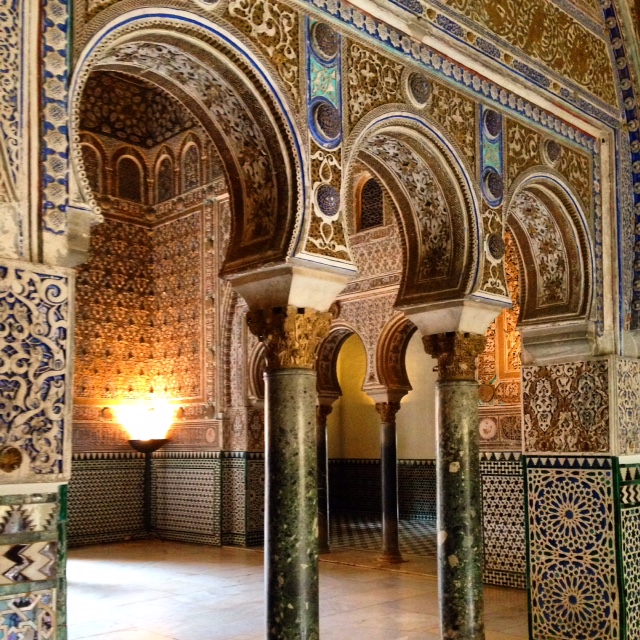 The second half of our exquisite tour of Spain

Day four of our journey (click here to read about the beginning of our trip), we took a guided tour of Seville that included the Plaza de Espana, which was built for the Ibero-American Exposition of 1929 and reflects Spain’s Renaissance revival style of architecture. We also toured Seville’s Royal Alcazar, a Catholic palace with Moorish designs, Muslim influences and striking open garden space.

The Seville Cathedral, said to be home to Christopher Columbus’s tomb (although some historians refute this), is the largest gothic church in the world. We spent time touring the historic site before being shuttled to lunch. That evening, we enjoyed a Tablao Flamenco show. The music, dancing and guttural singing was reminiscent of a call to prayer from the minaret—both haunting and beautiful. We ended the night with Vesper martinis at Ena, a lovely restaurant on the terrace of the Hotel Alfonso XIII. Chef Carles Abellan has a Michelin star to his name and a visionary approach to contemporary cuisine. Again, the day was peppered with historic tributes and fresh experiences. 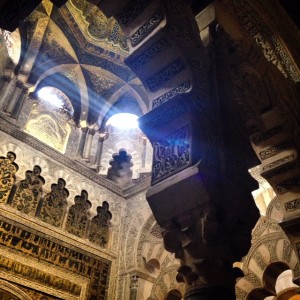 We traveled to Ronda, a gorgeous and historic cliff town in Andalucía, home to the most prestigious bullfighting ring in Spain. Although our team has mixed feelings about the ethics of bullfighting, we understand it is tradition, and it was striking to tour the ring and see matadors’ traditional garb up close. 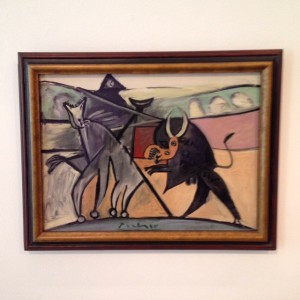 That afternoon we checked into the Marbella Club Hotel, Golf Resort and Spa on the Iberian Peninsula. Opened in the 1950s, it is one of the oldest beach clubs in southern Spain. It has served as a refuge for royal families and countless celebrities. The exotic birds and plants brought in from Africa augment the lush, glamorous grounds. 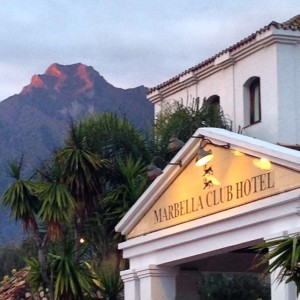 In the evening we visited its sister property in Marbella, the Puente Romano Beach Resort. It was designed to conjure the feel of a young, hip village, Its bars, clubs and restaurants are laid out like a town square, and we enjoyed one of the best dinners of our trip. We reveled in 11 courses of Spanish tapas, and we spent the night sipping wine and talking politics with different guests and hospitality professionals. It was interesting to hear how age and background influenced perspectives on social views, and to observe how mentalities have been evolving with each generation throughout Europe. 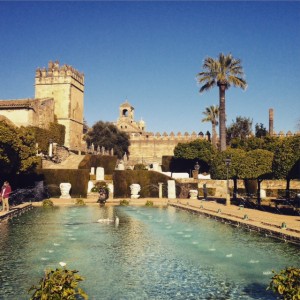 Our final day before departure we enjoyed lunch at Finca Cortesin, which has a Hamptons-like vibe. It’s more secluded than the other beach clubs, but once you’re settled there is no reason to leave. Between the pools, gardens and breathtaking views of the Strait of Gibraltar and the coast of Africa, you’ll be content. We were struck by each guestroom’s unique and lavish décor. And the food! Each course was as visually-pleasing as it was divine-tasting. The attentive staff provided flawless service. It didn’t hurt that each server was more beautiful than the next. We took some time to explore the spa, where you can take a chilly reprieve in the snow cabin before retreating to the hot tubs. 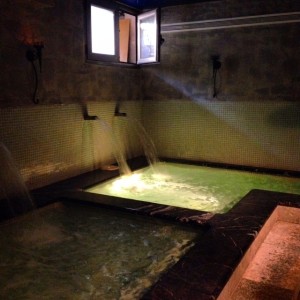 We ended the day, and the journey, back at Hotel Marbella Club for a farewell dinner. One of the property’s founders dined with us to express his gratitude for our visit. It was the perfect way to conclude our sojourn. Once again, we were treated to a flawless mingling of history, traditional luxury and the comforts and indulgences that define modern European travel.

Ready for your own luxurious and historic tour of Spain? Let us plan it for you. Call The Accomplished Traveler today at 212.586.2020.